In late December, I thought I was at the bottom of a three-step stool while packing away Christmas dishes. Barefooted, I stepped backwards from the top step to the hardwood with all my weight, breaking three bones and tearing my Lisfranc Ligament. END_OF_DOCUMENT_TOKEN_TO_BE_REPLACED

School is back in session and the smell of chalk, number two pencil shavings, and mimeograph chemicals fill the air. People are still using all of those things, no? What will kids reminisce about when they’re old? iPhone chargers, I suppose.

Anyhoodles, I recently lamented how much I miss the good old days of LiveJournal (you only though I was old when I mentioned the things above, now you know I am.) So I thought this is as good a time as any to dust off my corner of the internet and start writing again. Nothing deep here, and since I kind of use this site as a journal it may seem a bit “Hey, look at me…” So if this isn’t your thing just move along.  END_OF_DOCUMENT_TOKEN_TO_BE_REPLACED

If last week’s Jaguar’s playoff game was all about Marcia thanks to the Steelers, this week is all about Kara, as we take on that team from Boston who’s name I will not utter. END_OF_DOCUMENT_TOKEN_TO_BE_REPLACED

It’s been a long time since I’ve fired up the blog. Fair warning: Oversharing ahead…

END_OF_DOCUMENT_TOKEN_TO_BE_REPLACED

I keep thinking I’ll somehow find the time to recap the metric truckload of things that happened since I abandoned this little blog. How’s about I admit that’s not likely and pick up from… now?

END_OF_DOCUMENT_TOKEN_TO_BE_REPLACED

I’d been looking forward to the Arizona trip almost six months. The plan: visit my elderly mother a few days, reconnect with high school friends I haven’t seen in many years, and see two long-awaited U2 shows.

The day before the I departed, my mom fell and broke her hip. We spoke on the phone while she awaited surgery – things were serious, but seemed okay.

While I waited to board my flight the next morning, she died.

The rest of the summer has been a whirlwind – a blur of of unanswerable questions, stress, grief, and finally: choosing joy.

END_OF_DOCUMENT_TOKEN_TO_BE_REPLACED

You may not guess it from his seemingly prickly personality, but Big D is a real softie.

I can’t even express my surprise when my BFF Carey posted this message on my FaceBook wall last week:

D asked me to pass on a message to you, and I was thrilled to do it and speechless. This is one huge romantic gesture. You two are truly blessed.

A long time ago, when I was in Flight School, E let me buy a boat. I told her I would name it after her. It’s a long story but the boat came and went without a proper name. This is my attempt to make up for that as I will retire soon. It’s time there is a properly named vessel in the fleet before I leave.

She posted a photo, and he sent me a few more. And I’m still crying on occasion when I think about it. 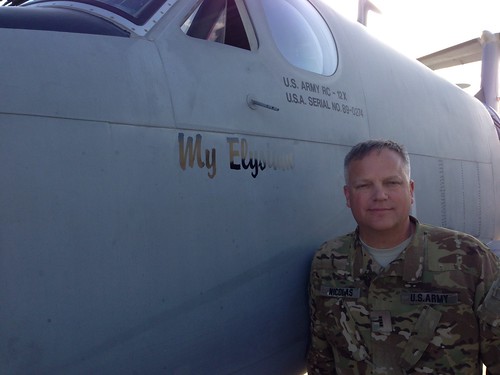 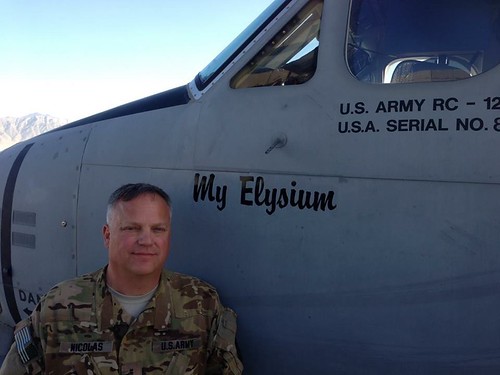 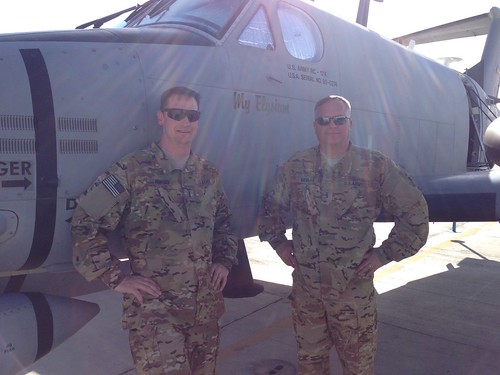 My sister wondered if he gets to bring it home? Will it fit in the garage?

And when I asked him… he pointed out that we can’t afford to fuel it and that our insurance likely doesn’t cover Army aircraft.

But its out there somewhere, and its mine.

Time is crawling and flying all at the same time. Big D deployed on Valentine’s Day and if all goes as planned – here’s a first! – he’ll be home soon! Much earlier than expected!

I’m trilled (of course!) and I’m so thankful for great friends that helped me pass the time.

END_OF_DOCUMENT_TOKEN_TO_BE_REPLACED

We’ve been through this routine before – Big D heads to “the sandbox” frequently. But this time feels different since we don’t know when he’ll return, though the Orders say 179 days or less. Of course, Orders can be be amended (his first Afghanistan deployment lasted 18 months instead of a year, and six months in Iraq turned into 12.)

Most Soldiers deploying as individuals go Ft. Bliss, TX to prepare (medical visits, gear issue, etc.) and depart from there. Someone from D’s office worked some magic and he got to come home for a day before taking a commercial flight.

I woke up much earlier than usual – pink light filled our room. I peeked out to this:

Breakfast started out with favorites from Sugar Shack (yes, that’s bacon on a donut!) 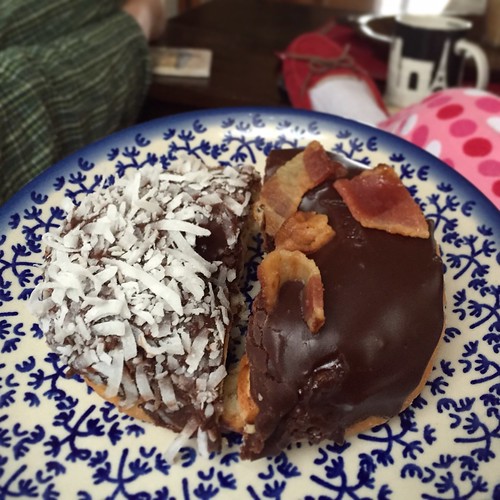 After some paperwork, we packed. 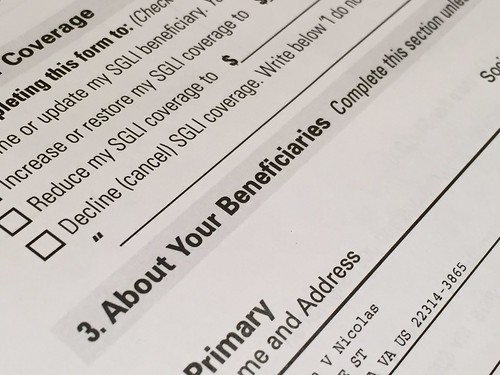 strange conversation to have on Valentine’s Day… 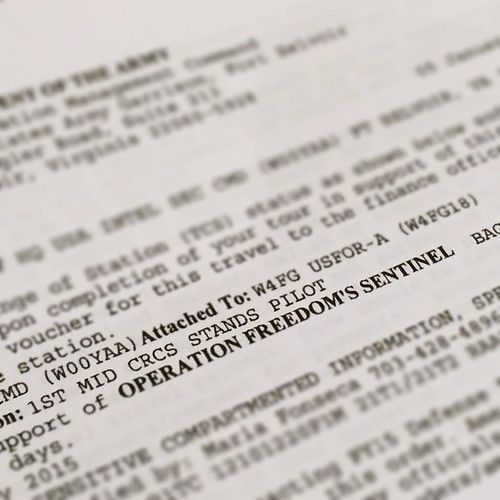 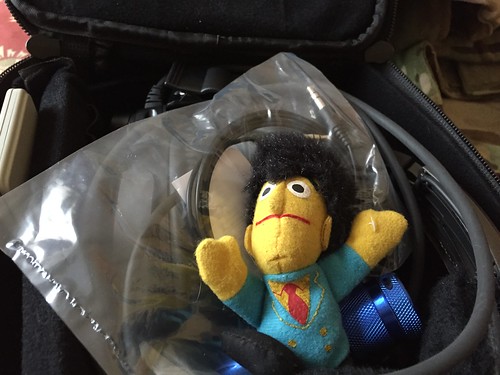 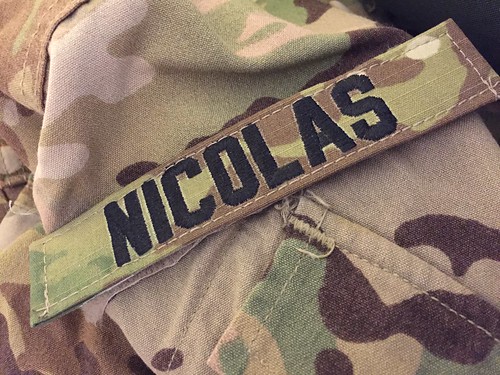 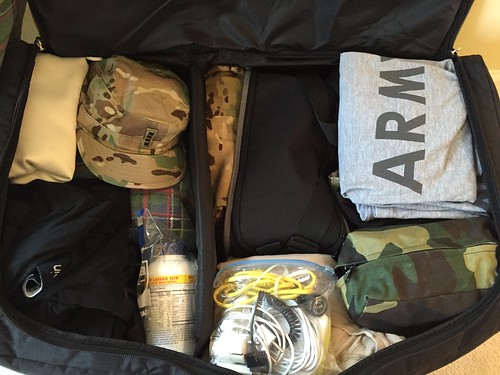 After a dog walk and some quick errands we had an early dinner and tried to watch a movie, but there was a definite elephant in the room. 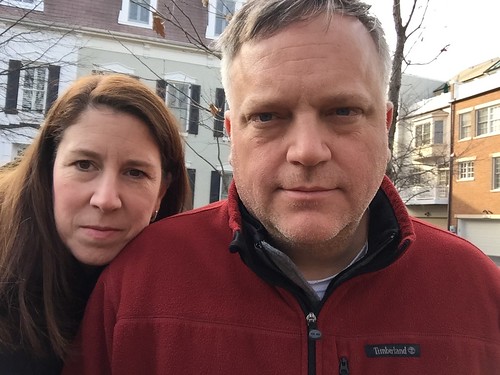 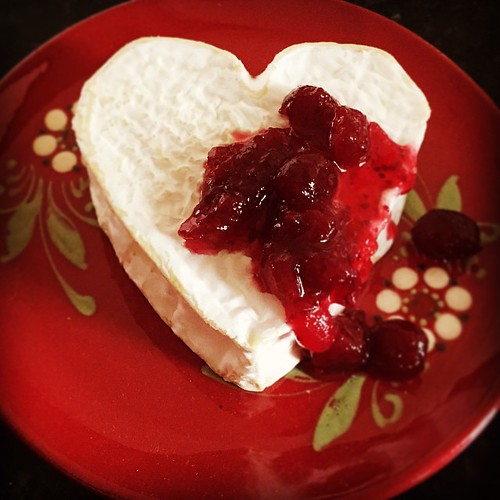 And when we opened the front door to meet the car service the crazy winter squall arrived! 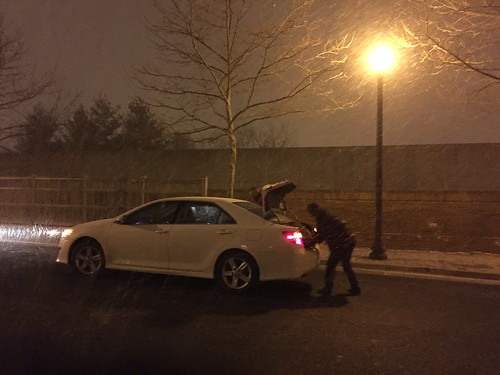 No lingering long, farewell in this weather – just a quick hug and kiss

At the end of the day, I hang something on the front door knob to remind me the burglar alarm is activated. So when I stuck this glove there after his departure I had to laugh since it accurately represented my feelings: 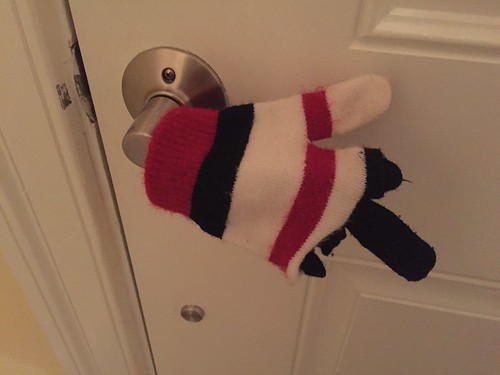 This morning, my weary traveler FaceTimed me from our favorite hotel in Germany. 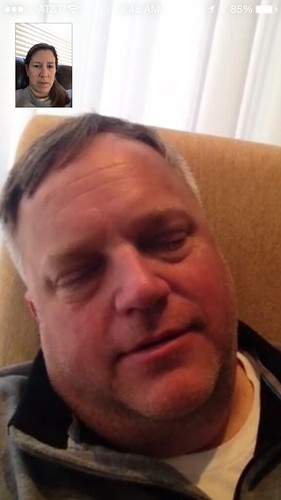 I made it through my first solo night, just like I will make it through all of them. And now, we’re one day closer being back together.

I’m really not interested in taking a rainy dog walk and I’m procrastinating on work stuff. Instead, here’s what happened last month:

January was warm, until it wasn’t. 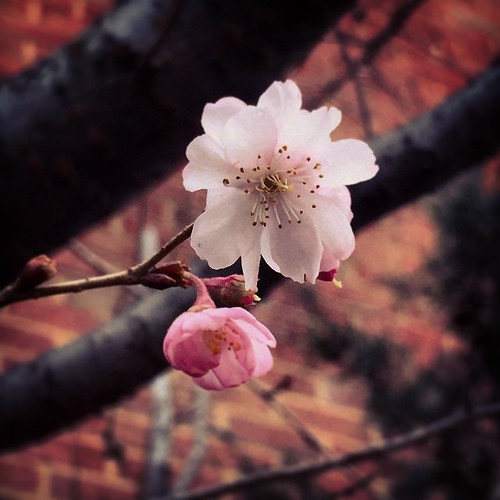 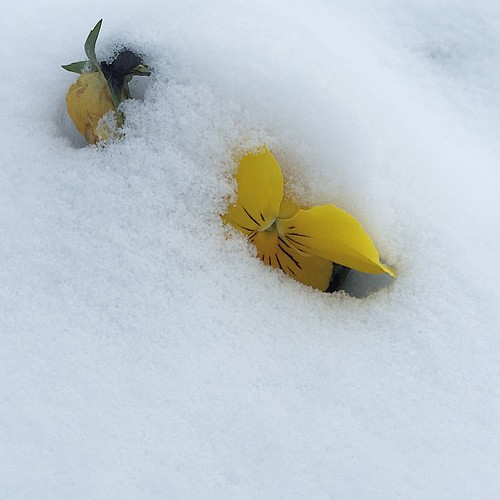 I saw a great show – Camper Van Beethoven and Cracker – with some new friends. 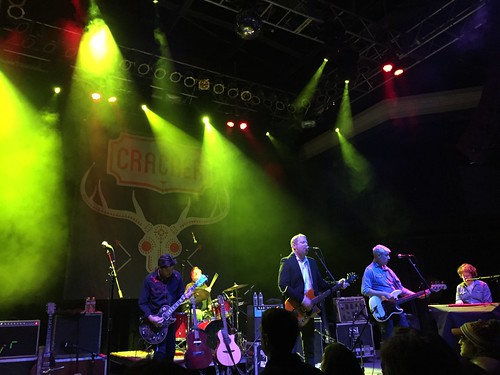 Big D and I had a fun time showing Flat James around town: 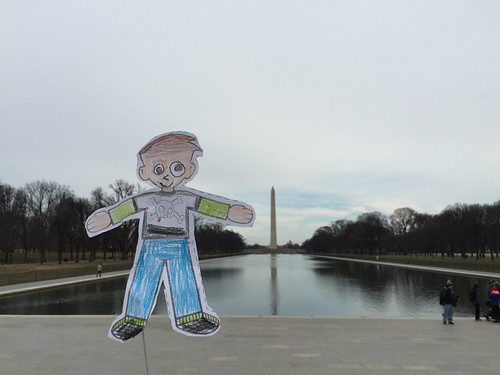 And we got a lot of chores done: 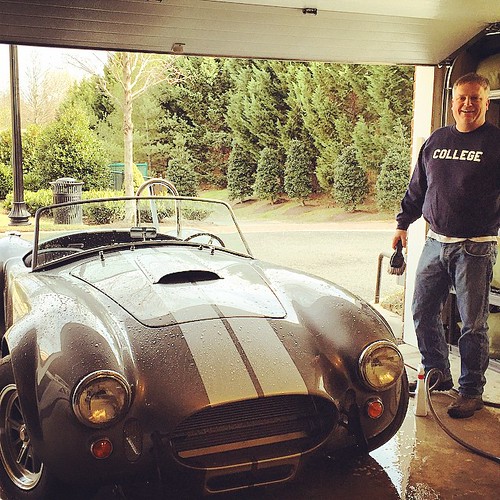 Most importantly, I really concentrated on getting healthy in the new year. And I’m happy to report that eating healthy and drinking a lot less now feel routine. It’s actually fun to check my FitBit at the end of each day.

Here’s to February, which promises lots of work, an equal amount of fun, and a 10K run. This month also brings the start yet another deployment – keep those thoughts and prayers coming!