I keep thinking I’ll somehow find the time to recap the metric truckload of things that happened since I abandoned this little blog. How’s about I admit that’s not likely and pick up from… now?

A recap, which I’m copying from an e-mail I sent an inquiring a pal this morning:

When the tickets went on sale I was online promptly at the appointed time and scored seats in the front row.

We were curious how the night would play out since the radar showed a HUGE storm.

Sadly, we missed a Great Big World (I was carsick, which is crazy unusual… so we took our time walking from the garage to the venue and they played a very short set.)

Matt was as delightful and extremely engaging as always. 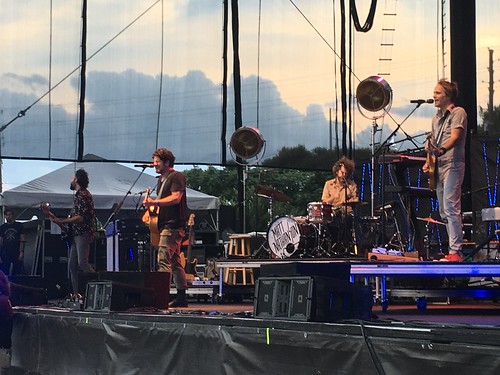 A favorite moment was the SILENCE of the crowd during his acoustic performance of his favorite song (and ours), titled Bill Murray. It was just beautiful! 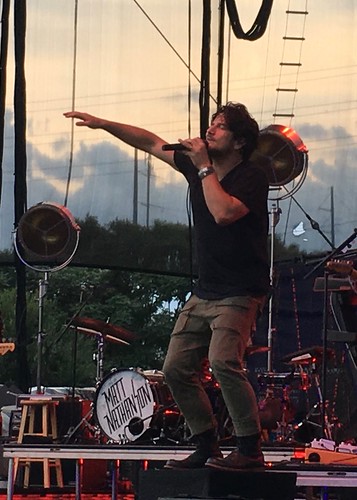 The storm somewhere in the distance made for a delightfully breezy evening.

We purchased shirts, which entitled us to the meet & greet at the end of the evening. Though, thanks to a busy day ahead with Carey’s kids, and job interview (good luck, Carey!), we decided it was best not to stay…

Phillip Phillips was surprisingly fantastic. He must have been really saddled with the rules when he was on American Idol and was not at all “Dave Matthews Light” which I anticipated. His band is really powerful – I love a horn player.

We could see someone under the stage monitoring the weather on their device and when there was a particularly long on-stage (but off mic) discussion it became apparent the show was about to be cut short… So: P Phil did the big hits, a few others, and the show was over after just nine songs. 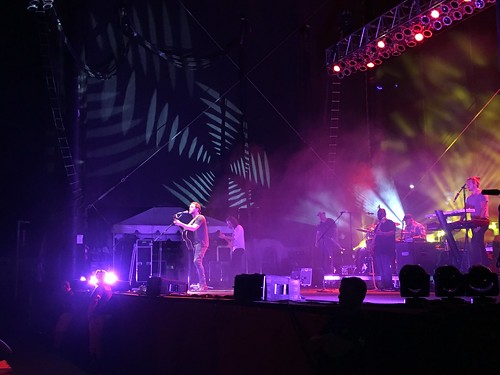 The unexpected early end allowed us to meet Matt! He greets EVERYONE as if they’re a long lost friend and he can’t believe he’s seeing them. So I have trouble gaging if he actually remembers me?

M: It’s great to see you! (hug)
me: I brought you a book…
M: Dave Holmes! I know him! But I don’t know about this book…
me: (thinking to myself: then you must not follow him on social media, my friend….)
me: So… I have this theory about how certain albums are kind of assigned in our brains to specific times and places in our lives. For me, Unforgettable Fire is high school in Phoenix. Automatic for the People is flailing about in San Diego, and skip way ahead on my timeline and Modern Love is my husband’s deployment while I was near Frankfurt.
M: YOU. You rule! (and I think saw a lightbulb come on – thanks to mentioning Frankfurt, maybe he knew who I was?) BIG HUG
M: Thank you so much for this. I am going to dig into it. Tonight! 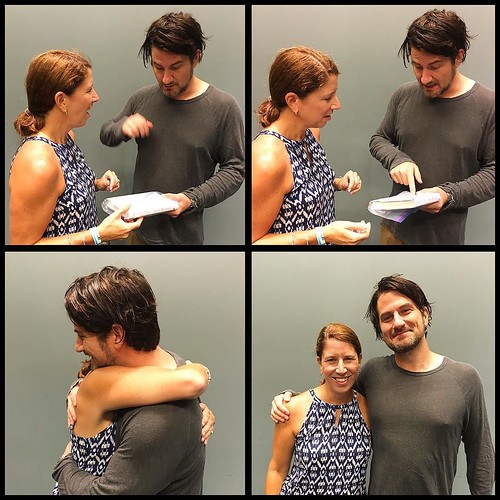 And then we went home, and this happened: 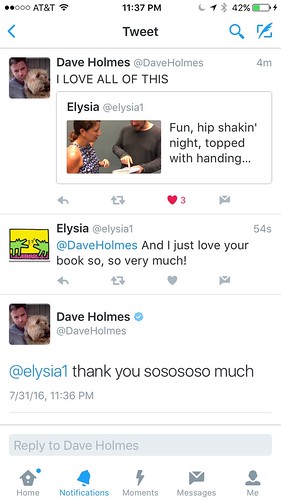 So: That was a pretty great night! Yay! As always, more photos are over on flickr.