In late December, I thought I was at the bottom of a three-step stool while packing away Christmas dishes. Barefooted, I stepped backwards from the top step to the hardwood with all my weight, breaking three bones and tearing my Lisfranc Ligament. Two weeks later I had surgery to shore up the “roman arch” those bones form and to reattach the ligament. And then… the sitting began. I’ve basically been on the couch three months. 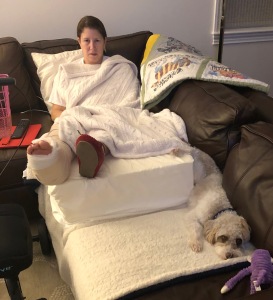 Frankenfoot recovery provided hours of introspection. Thought I’d get some reflections down on virtual paper before the next phase starts in a few days. 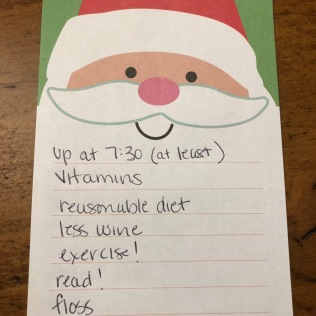 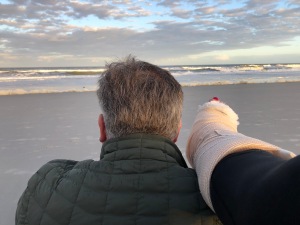 Always there for me.

Who would imagine I’d somehow be thankful for a freak injury? I really slowed down in all ways imaginable, which in turn settled my spirit. I’m measuring time, effort, and energy in a whole new way, and I am appreciative of everyday things.

Stay tuned – another surgery follows sometime later this year. I promise to be a more patient patient next time!

2 thoughts on “Scooting along…”